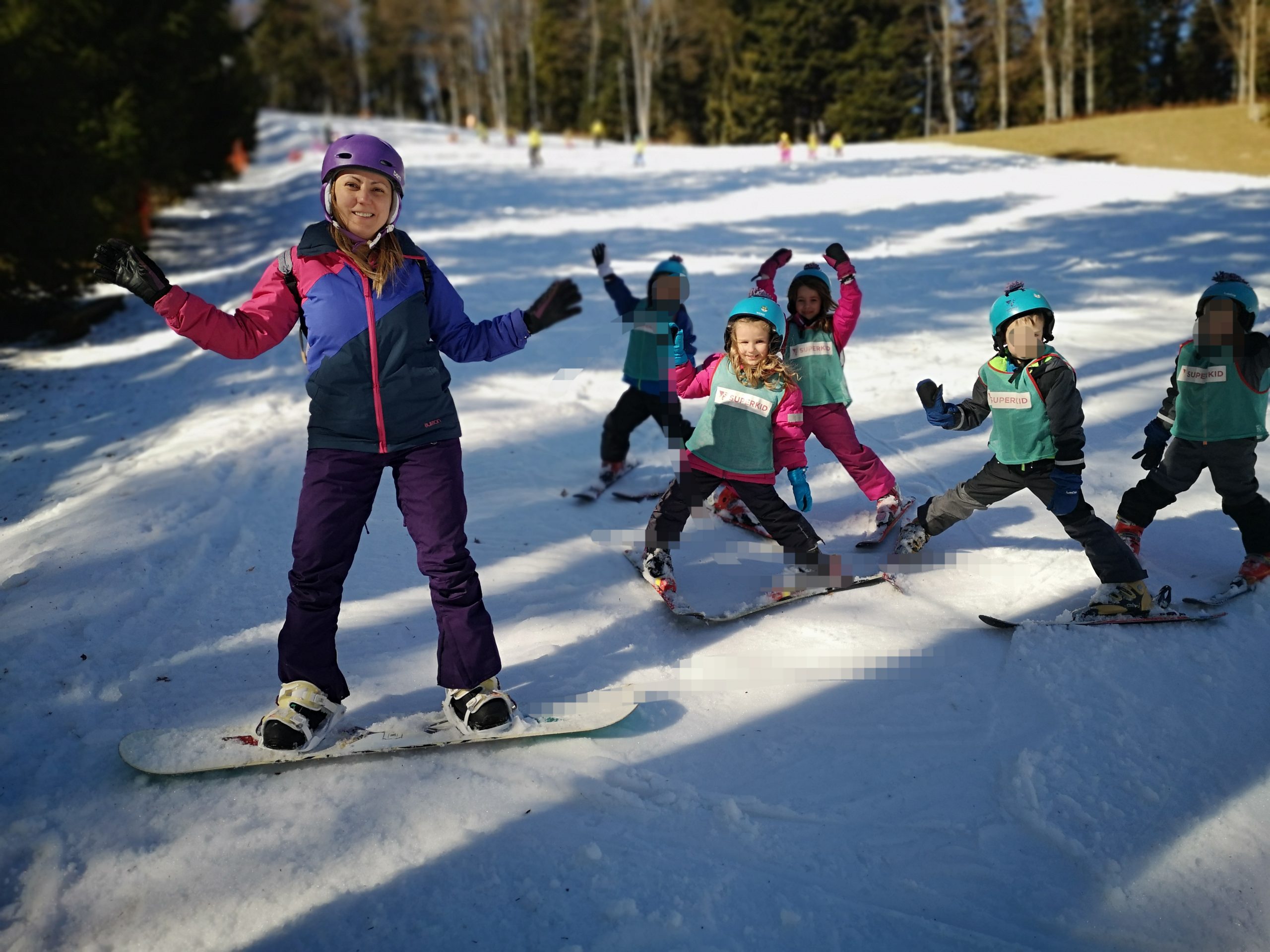 February in our kindergarten is also known for its ski school, which we achieved again this year with the Superkid sports club.
Fourteen children learned to ski or have perfected skiing in just five days. But it was not easy for them because every sport, including skiing, requires discipline, diligence, and perseverance.
So how did one day on Sljeme look like?
In the morning, we gathered in kindergarten and took the bus to Sljeme. We had breakfast and hot tea to keep us warm when we got there. It was followed by dressing equipment and warm-up exercises. Children were divided into groups, depending on their knowledge of skiing: from beginners to advanced ones. Each group had its color, which stood on helmets for better recognition, and the group’s name. The names were given by children, such as: Yellow flowers, Blue lightning, Blackies, etc.
The first day was the hardest: lots of falling, tiredness, frozen fingers, and noses. Every new day was easier and more fun. Thanks to professional and patient trainers, all the children passed the white slope, and some of them skied on the green and part of the red slope. The ski anchor (or ski lift) was particularly demanding and challenging because if you fall halfway, you have to walk the rest through the forest and snow, which is not easy at all. But even there, the children had help because skiers help each other and encourage each other.
After nearly three hours of skiing on the slope, children couldn’t wait to eat lunch at a restaurant with delicious local cuisine. Fresh Sljeme’s air and strenuous skiing starved everyone.
In the bus, which took us back to the kindergarten, some kids fell asleep and took a short nap.
The last day of ski school was reserved for the race, and children’s families were invited too. Parents, grandparents, siblings and friends cheered for each child, and the little skiers proudly showed what they had learned. The race was followed by handing medals, diplomas, and lunch at the restaurant.
We said goodbye to the trainers and Sljeme, ready for new sports adventures and challenges!